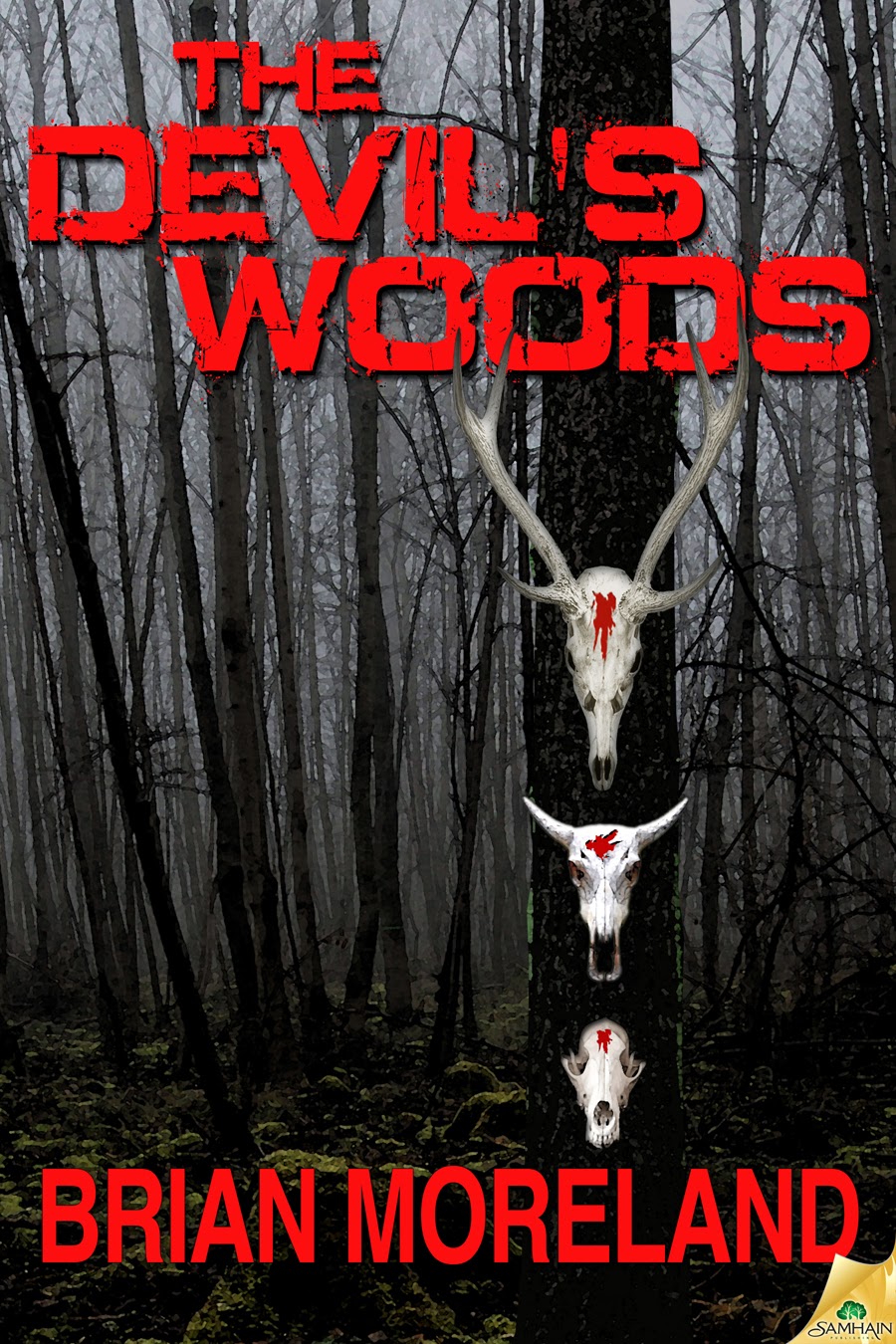 I’ve always loved horror stories about small towns that harbor dark secrets.
My latest novel, The Devil’s Woods, centers around Hagen’s Cove, an isolated logging town set deep in the Canadian wilderness of British Columbia. Nestled between mountains and an emerald green lake, the town is a beautiful place to take a vacation, relax and breathe in the clean, pine air. Log-and-rock buildings line the main street with shops that cater to tourism. At the center of Hagen’s Cove, an ancient white church with a high steeple towers above the other buildings. At the lake’s edge, you’ll find a rustic hunting and fishing lodge, a marina filled with boats and a seaplane, and a tavern where all the loggers who work for Thorpe Timber Mill and Logging Company go to drink. The mill’s wealthy owner, Jensen Thorpe, is also the mayor.
The inhabitants of Hagen’s Cove are mostly Danish, descendents of the original Danes who migrated from Denmark to Canada back in the late 1800s. Today, they are a quiet people and speak mostly to themselves in Danish. They are highly superstitious and know there are places in the surrounding woods where man is considered prey.
For over a century the loggers have tolerated the Cree people who live on a reservation a few miles down the road, but the townspeople know that the woods the Crees call “Macâya Forest” are haunted and anyone who goes past the warning trees will vanish. Respecting the borders of the forbidden woods, the Danes and Cree people have maintained a peaceful existence.
That peace is violently disrupted when one of the Cree descendents, Professor Jon Elkheart, leads an expedition team into Macâya Forest to expose its secrets. When the expedition team also vanishes, Elkheart’s three estranged children, Kyle, Eric and Shawna, travel from Seattle to Hagen’s Cove to search for their missing father.
Kyle, the oldest at age 30, was the closest to his father and used to visit the reservation to going camping and hunting with Elkheart and Grandfather Two Hawks. Kyle has always been cursed with a strange gift--he can see and hear ghosts. He also glimpses visions of where a murder had taken place. When he arrives at the Cree village, it’s not long before Kyle discovers the woods are filled with restless spirits. One of them, the ghost of an Indian girl who had been mysteriously murdered twenty years ago, seems to be trying to warn Kyle. The search for his missing father will take Kyle and his siblings to the border of Macâya Forest.
When they discover what lies beyond the Devil’s Woods, a terrifying nightmare of survival begins.
Some small town secrets should never be told.
And some woods should never be entered.

THE DEVIL'S WOODS is now available in paperback and eBook at Amazon, BarnesandNoble.com, iBooks, iTunes, and wherever books are sold.

Author Bio: Brian Moreland writes novels and short stories of horror and supernatural suspense. His books include Dead of Winter, Shadows in the Mist, The Girl from the Blood Coven, The Witching House, and The Devil’s Woods. His next book, The Vagrants, will release in June 2014. Brian lives in Dallas, Texas where he is diligently writing his next horror novel. You can join his mailing list at http://www.brianmoreland.com/

Posted by David Bernstein at 7:08 PM