Today's guest post is from the one and only HUNTER SHEA, author of a number of fantastically frightening and highly entertaining novels and novellas. He's stopped by to talk about something dear to his heart--MONSTERS, which his latest novel, THE MONTAUK MONSTER, has plenty of. A real throwback to the classic monster tale in a way in which only Mr. Shea can delivery! So take it away Mr. Shea! 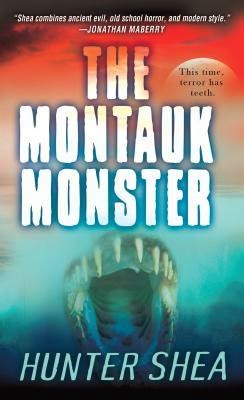 THE FOUNTAIN OF YOUTH

I have found the fountain of youth and it’s not in Florida and, surprisingly, there is no water. What is it that keeps me feeling like a kid, day in and day out? I can tell you in one word.

That’s right, the world of brutish beasts and curious cryptids rejuvenates my blood. It hasn’t done much to stop the gray from taking over, but it’s how you feel inside that counts. At least that’s what I keep telling myself.

When I was a kid, I was totally fascinated by the monsters I saw on Kolchak : The Night Stalker, The Twilight Zone and In Search Of. Leonard Nimoy’s voice, backed by an eerie synth soundtrack, still haunts my dreams. What that show did was give me hope that some of the creatures they featured might actually be real. My father had a heck of a time finding every book he could on lake monsters, ghosts and Bigfoot to satisfy my thirst for knowledge. I could spend an entire weekend conjuring tales of Lake Ogopogo’s sea serpent, creating grand adventures in my head, even while I was playing Wiffle Ball or pool jumping up and down the neighborhood.

I actually used to set up a tent in my yard, hoping to catch a glimpse of Bigfoot in Yonkers, a city right next to Manhattan. Needless to say, the hairy guy never made an appearance.

The world of monsters, real and imagined, always instills a sense of wonder in me. Whenever I sit down to write a novel or story about a monster, I feel just like that kid in his musty tent in the backyard, jumping whenever a fat raccoon waddled by. That sense of wonder is truly the fountain of youth. It’s so easy to get jaded as we get older, wisdom and cynicism trumping hope and mystery.

For me, as long as I have my monsters, I have a direct link with my youth. Getting to write about them is a dream come true. Bringing them to life in someone’s mind as they read my books is better than picturing Nessie wrestling Bigfoot while swinging at a whistling Wiffle Ball curve. 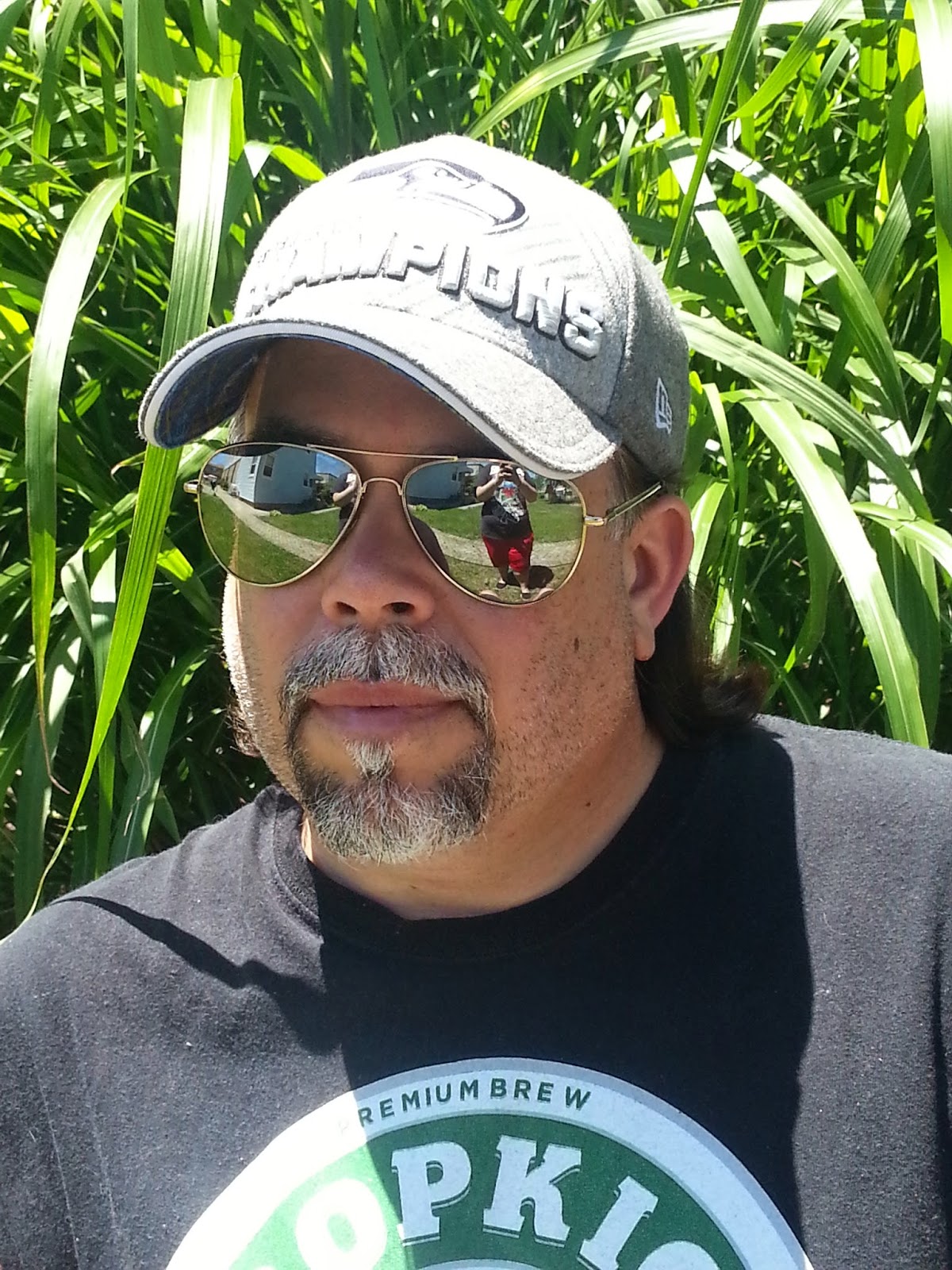 Publisher’s Weekly named the upcoming thriller, THE MONTAUK MONSTER, one of the best summer books of 2014! Not only that, they gave it an awesome review. Here’s a snippet:
The urban mythologies of the Montauk Monster and the government labs on Plum Island unite to cause staggering levels of mayhem when mutant animals with toxic blood descend on a Long Island town. This wholly enthralling hulk of a summer beach read is redolent of sunscreen and nostalgia, recalling mass market horror tales of yore by John Saul, Dean Koontz, and Peter Benchley. — PW

"Hunter Shea is the real deal.. . .intense." --Gord Rollo, author of Valley of the Scarecrow and Crimson

"Shea delves deep into the unknown. A thrill-ride of a read!" --Alexandra Holzer, author of Growing Up Haunted

Called “Most Anticipated Summer Read of 2014” by The Horror Bookshelf along with Stephen King’s Mr. Mercedes and Brian Moreland’s The Vagrants. 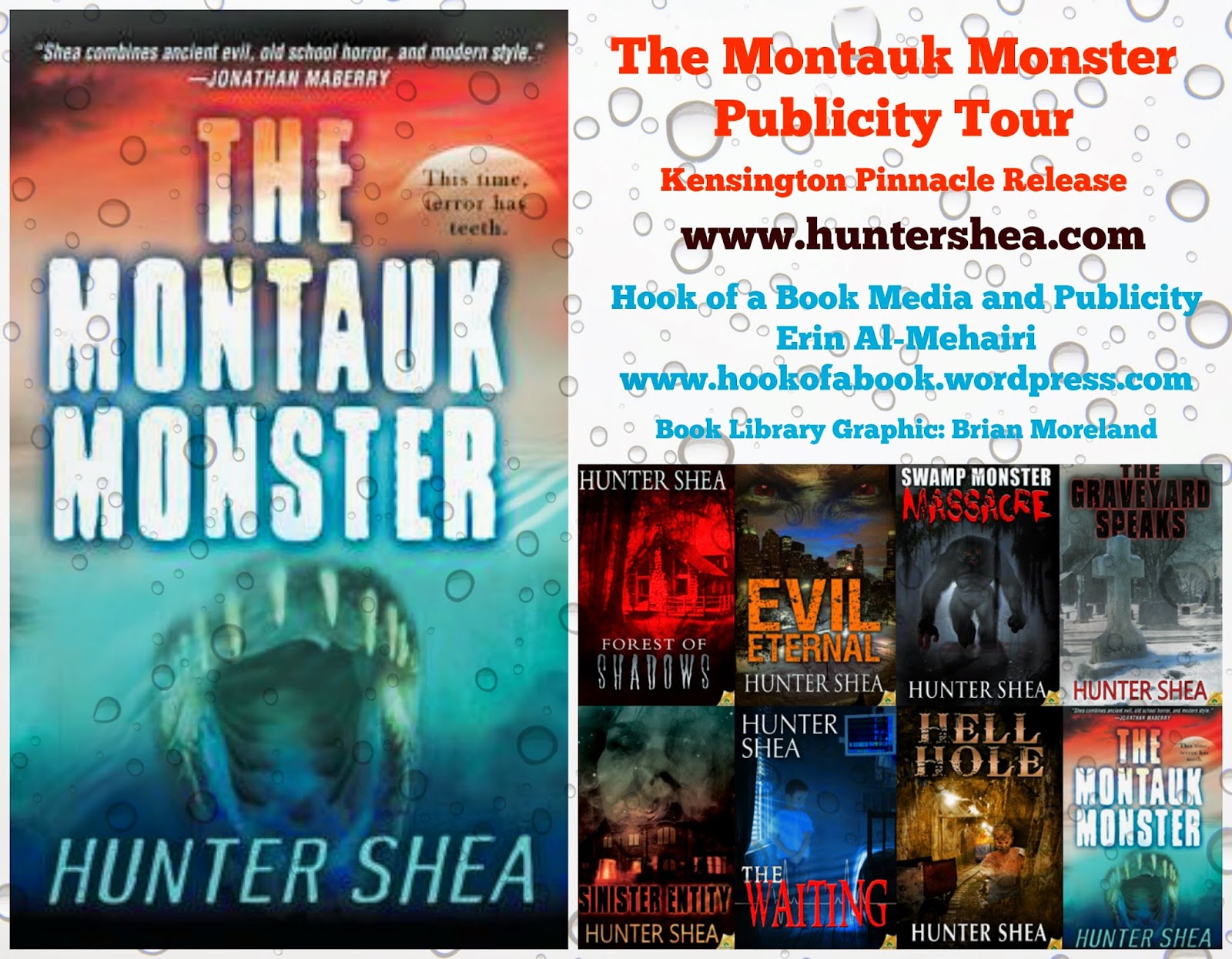 Hunter Shea is the author of paranormal and horror novels Forest of Shadows, Swamp Monster Massacre, Evil Eternal, Sinister Entity, which are all published by Samhain Horror.  The June 3, 2014 release of his horrifying thriller Montauk Monster is published by Kensington/Pinnacle.
He has also written a short story to be read prior to Sinister Entity, called The Graveyard Speaks (it’s free, go download!), and a book of stories called Asylum Scrawls. His next book from Samhain Horror, titled HellHole, came out July 1, 2014, and is his first western horror. As you read this, he has a few more books in the works from both Kensington and Samhain and release dates should be announced soon.
His work has appeared in numerous magazines, including Dark Moon Digest, Morpheus Tales, and the upcoming anthology, Shocklines : Fresh Voices in Terror. His obsession with all things horrific has led him to real life exploration of the paranormal, interviews with exorcists, and other things that would keep most people awake with the lights on.
He is also half of the two men show, Monster Men, which is a video podcast that takes a fun look at the world of horror. You can read about his latest travails and communicate with him at www.huntershea.com, on Twitter @HunterShea1, Facebook fan page at Hunter Shea or the Monster Men 13 channel on YouTube.

Montauk Monster Truth or Fiction:
Is the Montauk Monster made up for the book or an urban myth? Is there some truth that propels the story? You can find out more about the real Montauk Monster story here:
http://en.wikipedia.org/wiki/Montauk_Monster

To purchase a copy, simply click one of the links below!

Posted by David Bernstein at 9:56 PM