The Origins of Heroes


“The Origins of Heroes”
by Glenn Rolfe, Author of Boom Town 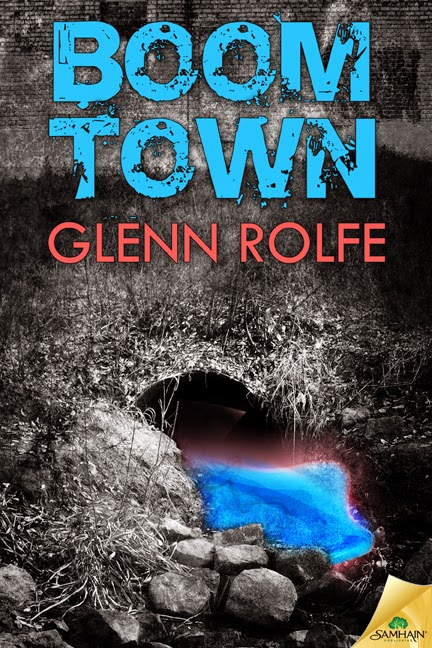 Okay, so my new Horror/Sci-Fi novella, Boom Town, has nothing to do with super heroes…but then I thought, or maybe it does! Not in the super-human sense, but in the ultimate human sense. The two pre-teen characters, Brady and Kim, go through some things in this story, and willingly put themselves in situations too, that speaks volumes of the greatness we all have within ourselves, and of the many super things we are all capable.

Well, with the release of the new Avengers movie less than a month away, I want to talk about a couple of my favorite comic book movies. As a kid I fell hard for ALL four of the Superman movies. I was also fond of the Spiderman flicks. Then, of course, there was the Incredible Hulk TV series and the “Greatest American Hero” (not a comic, but I had to throw Ralph in here). I thought about all of these cool flicks we’ve been given over the last 15 years or so. And despite loving a lot of them, for me two stand head and shoulders above the rest: “Batman Begins” and “Iron Man.”

What do they both have in common? Origins. I’m actually not hip to the comic origins, but these two films f*&#ing rule. And it’s the long beginnings that make the awesome middles and ends kick so much ass. It’s the writing and the directing, and it’s the actors, too. Robert Downey Jr. and Christian Bale disappear. I see only Tony Stark and Bruce Wayne. And it’s not just them, either. The supporting actors in these films are top notch, as well. Morgan Freeman, Jeff Bridges, Gwyneth Paltrow, Terrence Howard, Liam Neeson, Katie Holmes….all right, I added Katie because she’s cute, but the rest kill it.

It shouldn’t be a surprise that if one of these films is my favorite, of course the other has to be right behind. We have similarities in Tony Stark and Bruce Wayne. Both are good-looking, rich kids. Both have dead parents. Both are extremely smart. Neither has “super human” powers, yet both develop tools to make them appear as though they do. In the films, they are each separated from the rich homes that they live in and find themselves in harsh conditions on the other side of the planet. Sure, how and why they end up there is different, but the results are the same. These men change. These men see the world outside of themselves and hear a calling. They have the means to become proactive in saving those who need saving. And they do. And they do it in f&*%ing style.

Of course, Batman is dark and pretty scary. Bruce Wayne plays up his rich, douche bag, playboy persona to portray the part the public expects of him. And while his path starts off as more of a mission of vengeance, he ultimately (thanks to Katie Holmes) accepts that revenge is not a worthy driving force and becomes the true knight his city needs.

Iron Man, on the other hand, explodes on the scene ready for the spotlight and for the world to see, front and center. Tony Stark, unlike Mr. Wayne, left as a douche bag, but comes home ready to right his (or his companies) wrongs. This, of course, does not jibe well with his business partner, the perfectly played (by the Dude himself, Jeff Bridges) Obadiah Stane.  Watching Tony’s personal transformation is pretty f*&#ing cool.

I love watching these two flicks. It’s exciting to watch those fantastically scripted origins, and also seeing who turns out as the real villains. Oh, the betrayal! But like I said at the start, it’s these origins that draw you in, that make these characters feel so real, and make you pull so hard for them when they create their super hero alter egos.

In my new novella, Boom Town, you’ll find a few characters that may pull you in and surprise you as to what common people, those who actually give a shit about their families, their friends, and their towns, can do when faced with extraordinary circumstances. What is that they’re up against? And what price will they pay? I hope you’ll pick up a copy and find out.  And like the rest of the world, I am eagerly anticipating “Avengers 2.” We won’t discuss my early thoughts on “Superman Vs. Batman”…

Thanks for reading along. I invite you to tell me what your favorite hero-type movies are and what you think about Boom Town, too.


In the summer of 1979, Eckert, Wisconsin, was the sight of the most unique UFO encounter in history. A young couple observed a saucer-like aircraft hovering over Hollers Hill. A blue beam blasted down from the center of the craft into the hill and caused the ground to rumble for miles.


Now, thirty years later, Eckert is experiencing nightly rumbles that stir up wild rumors and garner outside attention. The earthly tremors are being blamed on everything from earthquakes to underground earth dwellers. Two pre-teens discover a pipe out behind Packard’s Flea Market uprooted by the “booms” and come into contact with the powerful ooze bubbling from within. What begins as curiosity will end in an afternoon of unbridled terror for the entire town.

"...Stephen King-lite. (Boom Town) is quick, punchy and goes places you may not see coming before the final page is swiped or turned." - Horror After Dark

"Boom Town is quick and entertaining read that harkens back to the 1980's brand of small town (or intimate invasion) alien pieces. Like a reader’s digest version of Late Night Horror Television presentations (every region had one, for me it was "Fright Night Theatre") of "Invaders From Mars", "Invasion of the Body Snatchers", "Night of the Creeps" or "Xtro"” – Zachary, Mouths of Madness Podcast

“Rolfe weaves a wonderful tale of big, bad things happening to a small, good town. A sure winner!” – Hunter Shea, author of Island of the Forbidden and The Montauk Monster 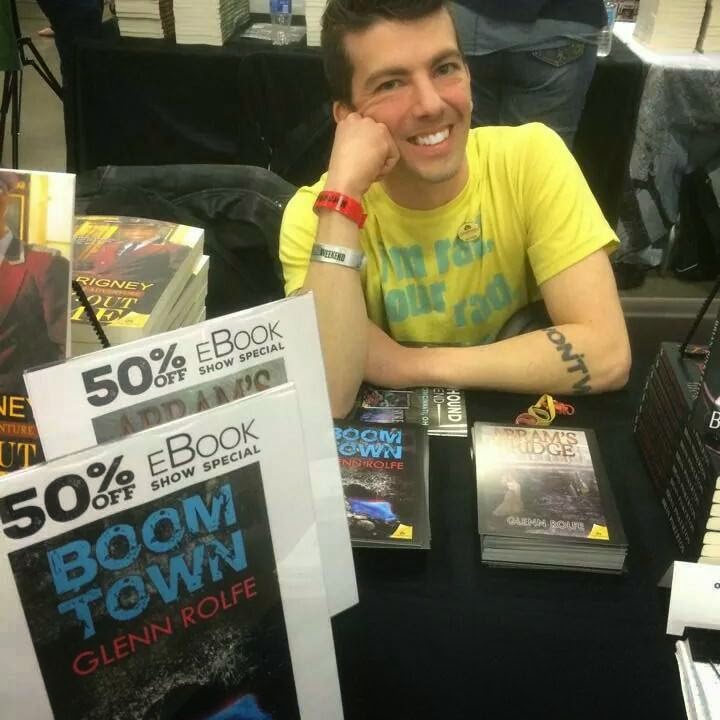 Glenn Rolfe is an author, singer, songwriter and all around fun loving guy from the haunted woods of New England. He has studied Creative Writing at Southern New Hampshire University, and continues his education in the world of horror by devouring the novels of Stephen King and Richard Laymon. He and his wife, Meghan, have three children, Ruby, Ramona, and Axl. He is grateful to be loved despite his weirdness.

Look for his punk rock band, The Never Nudes, on Amazon and Facebook.
Check out his website: www.glennrolfe.com

Posted by David Bernstein at 11:01 PM